What a Long strange chip, indeed.

I guess we all know now what exactly he was talking about. Three years before this year’s Hairy Crab, Nigel began intense golf practice under Yoda.  Two weeks before the golf, at the first HC poker night, Nigel began shouting, no screaming, his amazingly irritating tag line, "That’s what I am talking about!" . Well, we all found out he was actually talking about ---the sweet smell of napalm in the morning---Victory.  Grant carried Nigel and together they carried away the Caldwell cup. A terrific victory that brought "Humble in Defeat, Obnoxious in Victory" to a whole new level. Congratulations, boys! 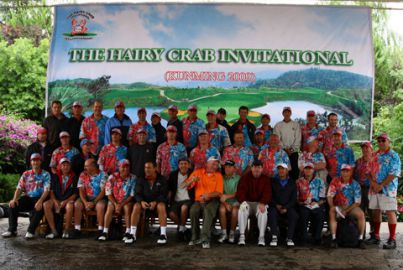 Perhaps Grant knew what was coming as he tried to persuade Nigel to not sell more than 100% of his team Calcutta night.(Apparently they had slightly less shareholders than "Springtime for Hitler.")  Perhaps Nigel knew what was coming, which is why he bought almost every auction item the night before the final round.

It is likely that Ria, Nigel’s wife, did not know what was coming when she said to him, "Have a nice time in Kunming and if you win, I will have something very special for you when you get back."  There’s a challenge that no one ever expected that would have to pay off on. So, Nigel, was it special?

At the same time, in a heated clam contest, Andy Uetiger stumbled off with the Lu plate in the clam category. He took photos, he played well, he showed up, he won. Congratulations!

In an unprecedented, yet not completely unexpected turn of events, last years champs, Swampy and Callaway, dropped from First to Worst. "Wining is a team effort," Swampy later said, "And so is losing. We sucked." 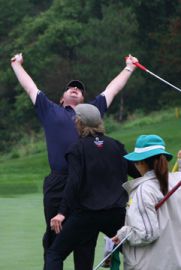 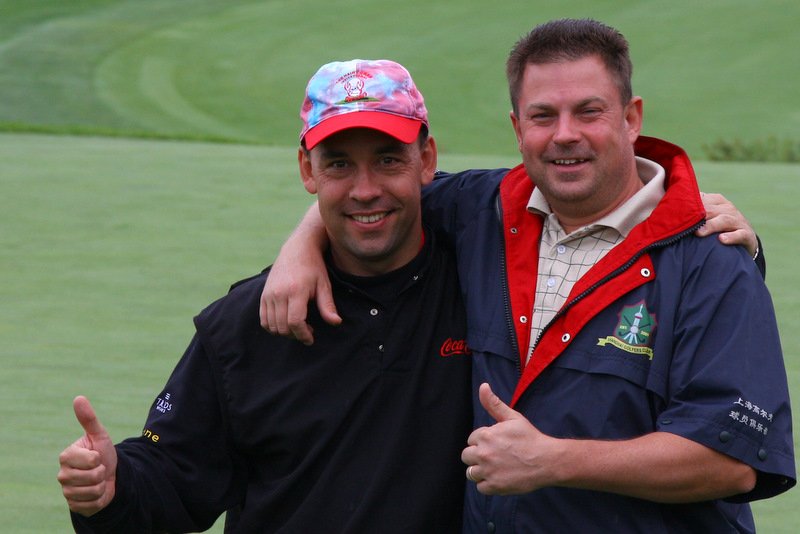 Spring City was a great host for the event. Bud supplied the aiming juice and thankfully, everyone showed up for the auction night.

With all the gloom going on n the world and things being very tight, we set a record on auction night and ended up raising nearly RMB500,000 for Hairy Crab Charities.

Lots of good will come from that and lots of people will benefit and that is part of what makes this event great.

Now that’s what I am talking about……. 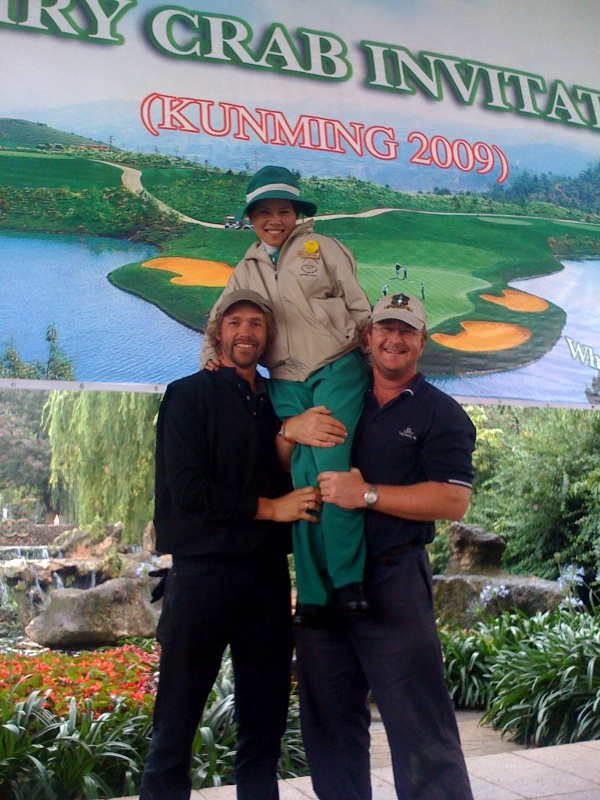 The team of Grant Horsfield and Nigel Papi shot a sterling alternate shot final round of net 66 on the Spring City Mountain Course to win the 10th annual Hairy Crab Invitational.  The champions finished three strokes clear of Mark McGrail and Jay Sorenson who shot a fine net 67 in the finale.

The potentially combustible team of Dave Dodds and Thomas Gramm matched the champions 66 to climb out of DFL and win the Loser's Bracket.  A possibly unprecedented first to worst performance was completed by defending champions Swampy Marsh and Rob Callaway who tied rookie Trevor Rosmarin and Alan Duffy for DFL honors.

Tourney photographer Andy Utiger emerged from a shallow but game field to take first in the Clam flight.  The impressive Shrimp resume of Duke Newcomb was further enhanced by winning the first ever Hairy Crab Idol video competition.

The Hairy Crab Invitational thanks the following 2009 sponsors & contributors....

the kids @ Half the Sky