The Cup, The Plate and Crab Legends

David Suzuki left us in 2018. A generous Crab contributor, we'll remember Dave every time we don the Loudmouths.  We miss him.

In 2017, we lost Eugene Bastion.  A regular host of the Crab, Eugene was the grand old gentleman of Shanghai golf.  We miss him.

In 2017, we lost another Shanghai legend, Mike Duffy.  Mike was a gentleman and a friend.  We miss him.

The Bard of the Crab, Colin Airdrie, passed away in 2017. A gentleman and a friend, Colin's annual recitation of "The Ballad of Eskimo Nell" entertained many a bus ride. We miss him.

In 2016, we lost Crab and Shanghai legend, Per Karlsson.  The Swede shared his wisdom, his humor, his sartorial splendor and a few whiskeys with us all.  We miss him.

Sometime Clam, frequent Barnacle and always a friend, Big Ed DeBoer left us in 2015.  We miss him.

In 2009, the Crab lost another great friend, Sita Atafua.  Sita was our frequent host, a player, a gentleman and a friend.  We miss him.

The Cup and The Plate 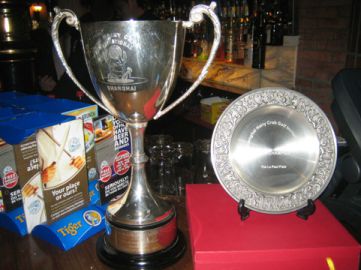 In 2007, the Crab lost two of it's finest friends.  We miss them.  Our championship trophies are named for Will and Lu.

The Caldwell Cup:  Will Caldwell

Will Caldwell only played in one Hairy Crab and damn if he didn't win it.  Tragically, Will passed away before he was able to defend.

The Caldwell Cup is awarded to our Crab/Shrimp Champions. 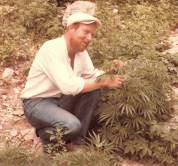 The Leahy Plate is awarded to our Clam Champion.