"Barnacles suck, and they stick to the bottom of the boat."

Barnacles are the least understood crustacean in the Hairy Crab. Some crustaceans claim to be Barnacles, but the truth is, they are simply lazy Crabs and apathetic Clams.

Attitude and a verbal claim to Barnacledom simply isn't enough. There is a very specific behavior, or lack thereof, that makes one a Barnacle.

For your personal edification and in case you think you've  actually spotted one, here are the top five Barnacle identification characteristics:

When confronted with a choice between lethargy and doing nothing, 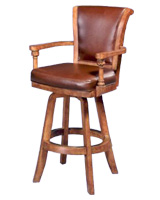 Barnacles view golf as a waste of good idle time.

The most important piece of equipment to a Barnacle is a Long Bar happy hour glass.

If golf was indoors and you could sit still while playing it,

Barnacles might consider taking up the game. But this thought would quickly pass.